A dear friend gave me this shirt… 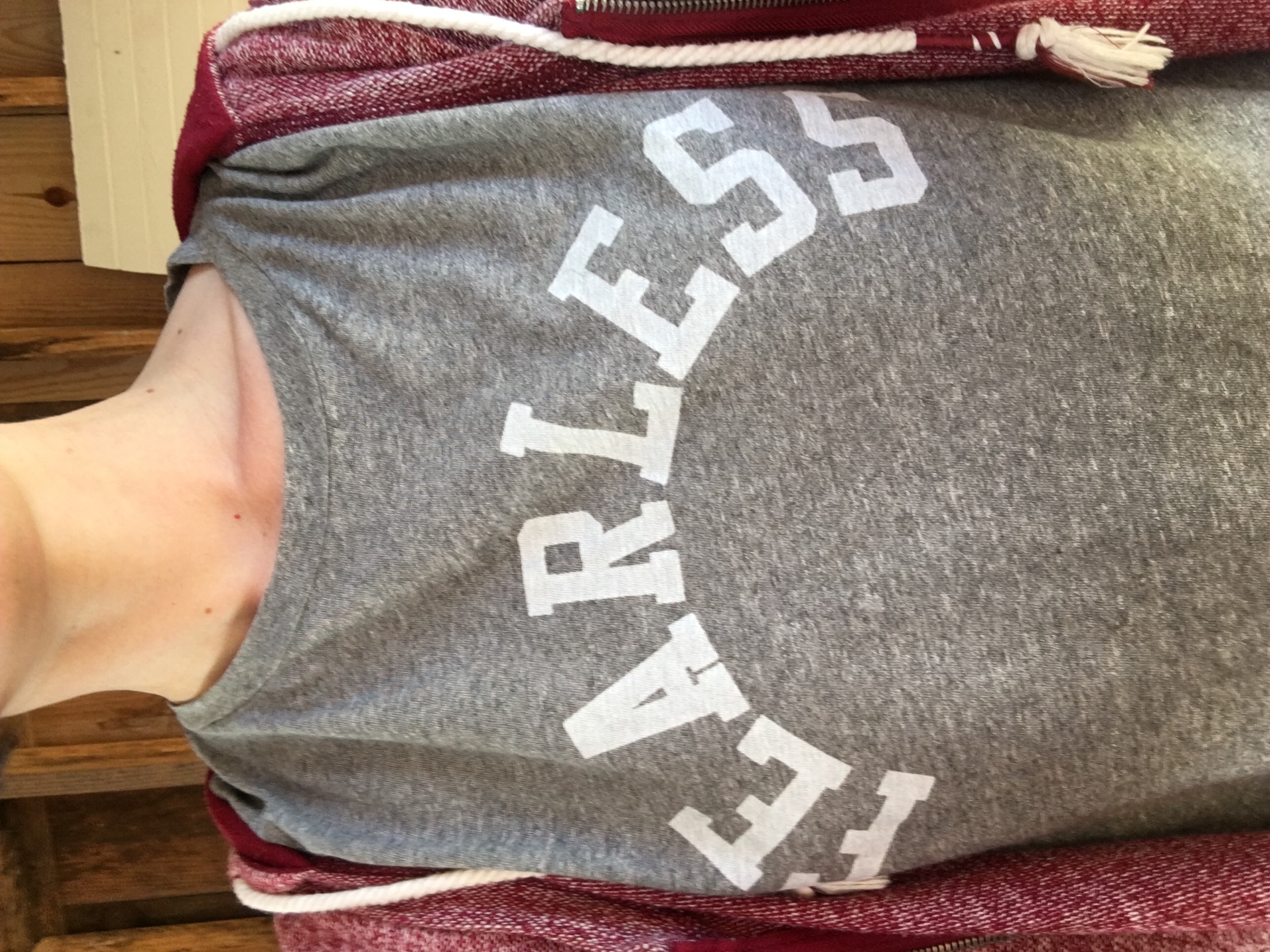 It says, “FEARLESS” – and I absolutely treasure it. 💜

Why? Because I was tired and I didn’t want to deal with the voices that were saying,

*cringe* I know, I didn’t even like typing that. That’s why I went back and did a strike through. Because I don’t agree with it. I know it’s not true.

But this past Sunday I decided to wear it anyway. To do the “opposite” and to agree with what the Word says,

So if you see me wearing this shirt, it’s not to boast, it’s not to claim that I don’t struggle with being afraid, because I do –I have battle it, I have to face it. I have to do things that make me experience some of that fear a lot of times. It’s more of a reminder to myself and to fear, that I know the truth.

He created me to have “power, and love and a sound mind”

Do I still have to sometimes battle it? Yes.

Speaking of that… about the “overcomer” thing… (the other part of that scratched out statement I typed above)…let’s clear this up.

“I have said these things to you, that in me you may have peace. In the world you will have tribulation. But take heart; I have overcome the world.” – John 16:33

And because of Him, because HE is in me. I can overcome. I am now an “overcomer”.

“For everyone who has been born of God overcomes the world. And this is the victory that has overcome the world—our faith.”

How can I be called “an overcomer”?

“Who is it that overcomes the world except the one who believes that Jesus is the Son of God?” – 1 John 5:5

It all comes down to this…

“Little children, you are from God and have overcome them, for He who is in you is greater than he who is in the world.” – 1 John 4:4

How I love truth. Truth sets me free. 🍃✨