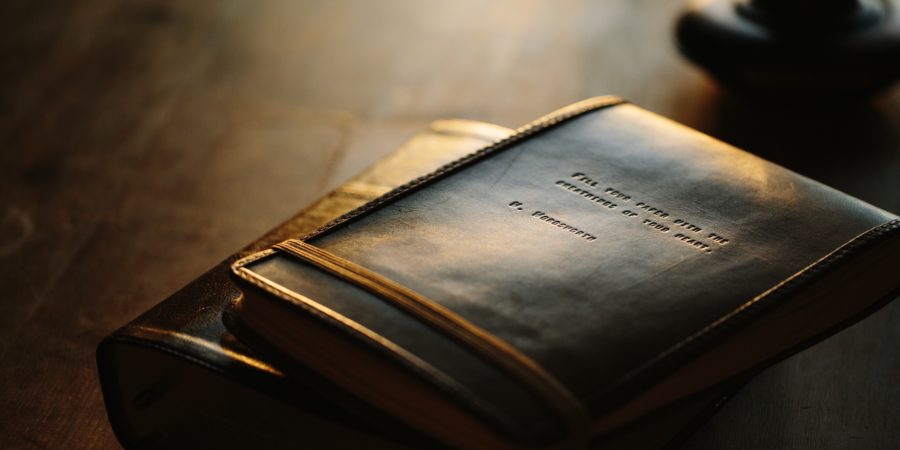 So I’m sitting here with the Lord this morning, and I am led to opening up the drawer of our dining room table. There I find my old journal from 2015, starting in early September. I opened it up and I saw this in large letters, starred and circled….

And then it says, “Don’t partner with fear.”

I realized this was the moment I knew that I had to start moving forward in facing fears that were crippling me.

This is when it really began. It was a slow start, but it was a start.

Flipping through the pages, day by day, I see things falling into place. I’m so glad I journaled during this time because I’ve gone through phases in my life where I’ve only journaled off and on, but when I started this particular journal I think I knew that I needed to document what the Lord was going to do in my life so that I could look back and see what He has done through the process of healing.

A couple of days into this journal I see where I wrote,

“Jesus, help me to know what bandaids I need to rip off! Show me what’s next for me!”

And then I read a devotion that day and I had noted, “Wow… this devotion was right to me!” And I noted these things…

On 9/27/15 I made a note at the top, “Day 1 Physical Healing Process” and it was significant because it was the first time I stood to ask for prayer for healing of diabetes. I had been afraid to do that for a long time, it was one of those completely irrational fears (and yet it seemed so real and legit to me) but by the grace of God I stood for prayer that Sunday and not only was that huge for me in battling that fear, but it was a significant step in the healing process, well I had noted it was “Day 1” so there you go. 🙂

For many days in my journal I proclaimed truth… the truth of who I am in Christ, the truth about His love for me…

There were days that were a harder battle too… I had noted a time when I had another panic attack in the night and Jason had prayed for me. I wrote about what happened and I just thanked the Lord for being my Help and taking me through that battle and I rejoiced in what He has done, and what He was doing, and what He will do.

“Feeling so insecure today, Lord! Help me! Let me not be self-consumed today!”

This was during a time when going to church was so hard for me. Being uncomfortable was something I ran from quite often, and church was an uncomfortable place for me. Usually it was a struggle to go every Sunday morning.

I wrote a line in the page and under it (meaning that I added a note for later in the day) I noted that my pastor had asked me if I’d like to bring my camera and take some photos at church on Sundays sometime….

This began a whole new thing in my life.

I stepped into a new season. A season of coming out of hiding and into the Light… finding a place of community with other believers who could help me through the coming seasons, the tough times and challenges ahead.

In the coming months, going into 2016 we finally sold our house and moved into our friend’s basement until we had a house to move into.

The same day we sold our house, we drove to Charleston to photograph a wedding and all of our photography gear was stolen right out of our hotel room. This could have been the end for us, but the prayers and help of our friends and family — and complete strangers too, carried us through. The Lord carried us through. I think of the verse, Isaiah 54:17, “No weapon formed against you shall prosper…” What a time that was! I rejoice in those times! The Lord restored us far beyond what we ever had before.

Fast forward a couple of months…

“Father, please keep maturing me and growing me into who I am in You, who You have intended and created me to be!”

And many questions for the Lord…

Then after a few days of this I asked the Lord to help me with my bad eating habits because they weren’t good at that time. He had revealed to me that my bad eating habits were a hindrance. I was eating because of stress (fear). I’ve struggled with this for a while, I’ve taken steps forward and have often struggled backwards… But that year was the first step. (Since then the Lord has shown me a lot more about my eating!)

In the coming days there were victories, battles, troubles, more victories, and more and more battles, some that took me forward and some that set me back…but I was finally starting to take steps to moving forward.

As I look back on what the Lord started in me in that year of my life, I just feel so thankful. Seeing how He is working and taking me on this “adventurous trail” reminds me of His faithfulness. He is so patient with me –patient, and yet He loves me enough that He won’t let me stay where I am.

When we ask Him to grow us, to give us more life, to help us down the path, He will. His answer is “YES!” We just have to say “Yes” too! It won’t be easy, it may take some time, but it’s worth it. I am still facing fears, and I will always face fears on this side of eternity, but I know that my Savior is taking my hand and walking before me, leading me onward. I don’t know where it will take me, but I trust Him, and I am going there with a “wholehearted yes“!