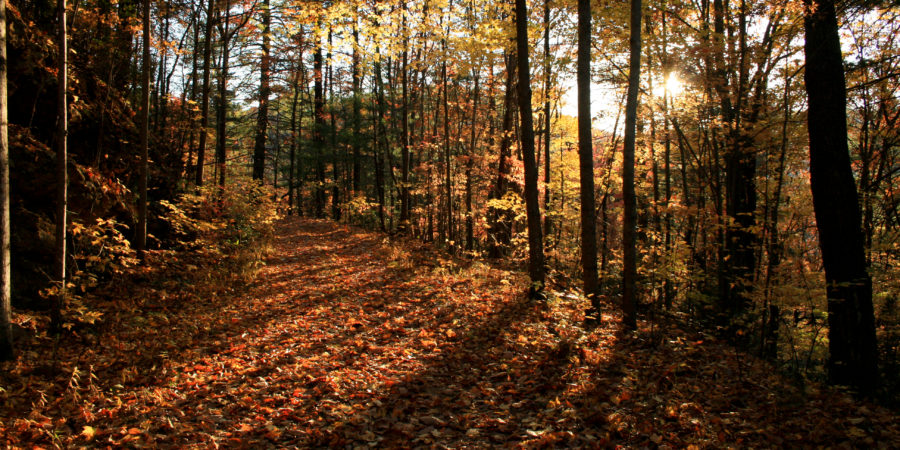 The other day Jason and I went on an interesting and rather exciting bike trail.

We didn’t have a ton of time that day, and novice me thought by going on a shorter trail it was automatically “easier” and more doable in that timeframe, so we decided to go on the shorter, “Blue” trail. (Later learned that “Green” trails mean easy, and “Blue” trails mean advanced. Jason already knew this, he just didn’t tell me at the time.)

As we got on the trail I was like, “Hey, this is going great! I love this trail! This is the kind of trail I can do.” It started drizzling rain some but it seemed like we’d be fine so we kept going.

Once we really got into the trail I realized this wasn’t the trail that I thought it would be. My legs were already burning very early on and there were tons of tricky places in the ground with roots and trees to ride over, really steep hills, bridges and rocks and then steep hills going back up –it was considered an advanced trail. Plus, it was now raining harder and the ground had turned muddy and the roots and rocks were now very slippery.

Yea, so I was flying off my bike left and right, had mud all over me, I was struggling up the hills, falling off my bike around sharp muddy curves, sliding all over the slippery roots in the trail. It was not graceful –it was not impressive –it was not pretty.

Some places were near impossible for me to cross on bike. I would try it and then I couldn’t do it, so I had to end up pushing my bike up a hill or over the slippery rocks where you cross the stream in certain places. I didn’t like having to do that because something about it made me feel like I had failed, you know? I wasn’t looking at the fact that it was only in certain spots and I WAS still moving forward and getting back on the bike when that happened.

I could blame the rain, the slippery roots, I could blame Jason for not telling me what I was getting myself into. Nope, I was the one who suggested that path.

But you know what? We made it. We pushed through and got through it.

All of this to say this…

Some days in the journey are going to feel like you’re getting nowhere.

Our enemy would like us to think we’ve fallen down in defeat and failure.

But did you press onward? Did you push past the struggle and keep pressing forward on the trail even though you feel beaten up?

Then no matter how you feel about how your day turned out, you ARE victorious, you ARE moving forward. Even if things don’t turn out how you expected, if the trail is harder than you expected and it beat you up a little –you are pressing onward and you will make it home.

P.S. All of this reminded me of a song that I love by Bethany Dillion called, Move Forward…