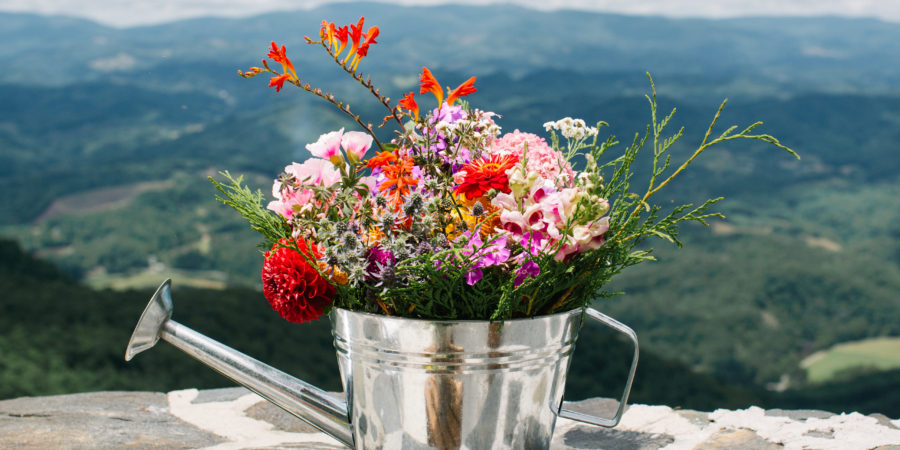 “March winds and April showers bring forth May flowers”

You’ve probably heard that saying before, or something similar to it.

The “official” phrase is said to have gone back to the 1600s. It has been expressed in different ways over the years.

The saying is said to have originated from The Canterbury Tales.

“Whan that Aprill, with his shoures soote
The droghte of March hath perced to the roote
And bathed every veyne in swich licour,
Of which vertu engendred is the flour;”

And later in, A Hundred Good Points of Husbandry by Thomas Tusser, he used this phrase…

Do spring May flowers”

Then in 1886 as an English proverb the phrase changed to…

“March winds and April showers bring forth May flowers.”

I was reminded of this phrase again this morning, and I thought back to this post I wrote up back in October, a rather strange time to be reminded of when the Lord put this phrase in mind in April of 2017…

“God led me to come outside and walk around the field this morning and just to smell the flowers and look at the blooms on the trees. I was reminded of Spring and how God has been showing me through His creation and through “Spring” what He desires to do in our (my) life. Then I heard, “April showers bring May flowers” –this has a whole new meaning to me now. I was down at the field and I realized that God made this field of flowers just for me to experience in that moment…the desire of my heart to be able to have a field of flowers to walk through and talk to Him –He did this just for me. Then I walked over to some of the flowers in the trees and I could smell their fragrance… and this reminded me that “this is like our sweet aroma to God”…

Doesn’t it feel like March, and really this winter, in general, has contained both the “winds” and the “rains” already? And now Spring is here.

Did you read my post earlier this week about the “Super Bloom” that’s happening in SoCal right now? Isn’t it interesting to read about how these “conditions” have given way to this “Super Bloom”?

According to National Geographic,

‘This phenomena likely occurred because of SoCal’s unusually rainy fall and winter, followed by cold temperatures, which “locked more moisture into the ground.”

“What’s happened in the last four or five days is extraordinary,” said Kathy DeMunck, an assistant manager at the desert’s nature center. “We really haven’t had this kind of a bloom since 2005. The desert has really come alive.”

“Last year, California’s Death Valley, one of the hottest and driest places on Earth, saw a similar abundance of flowers.”

A flower “explosion”…. an “abundance of flowers” that burst forth from one of the “hottest and driest places on earth” in “Death Valley”….. conditions of harsh desert, wind and rain, cold temperatures…. this gave way, somehow to this “super bloom”.

Isn’t that wonderful and exciting, and so like God? ???

This morning, the Lord reminded me of this verse from Isaiah 43:

“Do not remember the former things,
Nor consider the things of old.
19 Behold, I will do a new thing,
Now it shall spring forth;
Shall you not know it?
I will even make a road in the wilderness
And rivers in the desert.
20 The beast of the field will honor Me,
The jackals and the ostriches,
Because I give waters in the wilderness
And rivers in the desert,
To give drink to My people, My chosen.
21 This people I have formed for Myself;
They shall declare My praise.”