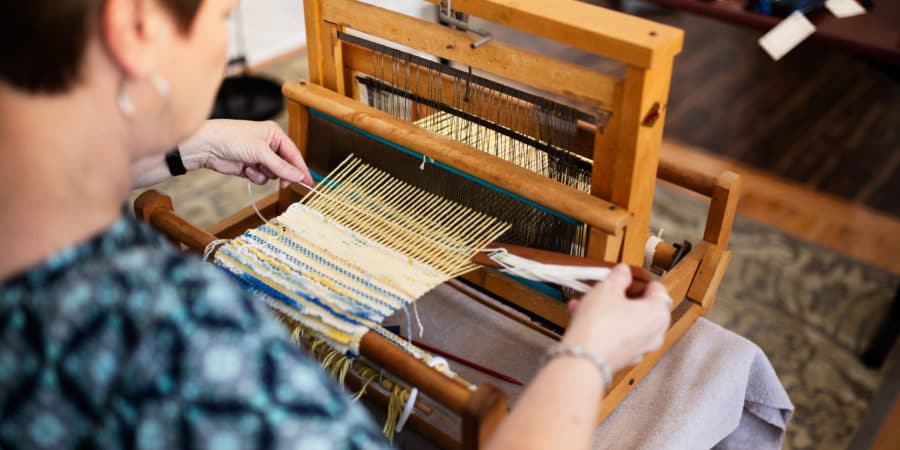 Sometimes the Lord brings me back to certain memories from my childhood, certain behaviors or fears or things I went through…

And when He takes me back to these things, it’s like He causes me to understand why certain things happened, what was going on, and He shows me how even though I had to go through certain things as a child, He was there with me all along. He had a plan to redeem it all, all along.

The other day I was at home by myself, it was evening time. I was doing a few things around the house, humming along with the music I had playing, sweeping through the house, enjoying the peaceful quiet, and I realized how peaceful our home was. How sweet it felt. I was loving the quiet evening and I was so enjoying just dwelling in our peaceful home.

Then in that moment it was like my current situation became a realization, and I suddenly became aware that it was “night time and it was dark, and I had total peace.”

As I realized all of these things in that moment, it took me back to the times in my life when it was the complete opposite…. so often if I was alone, I would go into panic at night. I would panic about being in the dark, I would panic about every sound that I heard, I would see things in my head, I would think about dark spirits or even get spooked about angels or being watched, I would be terrified of death or the rapture, that God would take me before I was ready, that I would have regrets, and how could I bear to face Him as I was…. I was not at peace, I was living in complete torment, and I was too afraid to face the spirit of fear –the very thing that was causing all of this…. but I was too bound and blinded and afraid to see that all I had to do was use my authority in Jesus to tell fear to go, and all of that would dissolve and go away…

But… Jesus was still there with me, and my Heavenly Father knew in His heart what He would do later on down the road to redeem it all… ?

This morning as I was sitting with the Lord and reflecting on a few things with Him, it was like I could see what the enemy had tried to do over the course of my childhood into my life as an adult…

It was like I could see that I was living in this “dark, black, heavy, knitted-knotted net”… this net was holding me captive, keeping me bound, weighing me down, so dark it was keeping me from seeing the light, covering me in a mess of tangled knots that kept me from breaking lose and breaking free.

Can you see it? I had never seen it before until this morning…it’s like the Lord let me see what I was covered in all that time.

He showed me where I “began to see the light of day,” and where I began to learn to “push my way out of the mess,” all of that stubbornness and curiosity that was in me, He began to show me how to put it to good use.

God said, “enough” and He began “unweaving” me out of that mess so that He could begin to reveal what He had already “woven” into me, all along.

to undo, take apart, or separate (something woven); unravel.

“For He will rescue you from every trap…”

He surely has. ?He surely is.

Sometimes unweaving can be more of a process. That has been the case in my life. But God has a purpose in the time of process. I know that He is taking the time to teach me what He’s doing in the process. I trust Him.