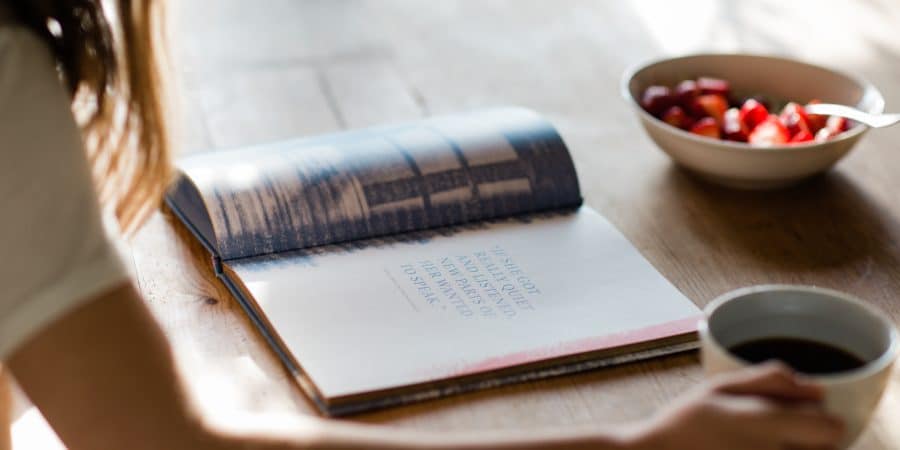 We had a 5.1 earthquake in North Carolina yesterday—apparently it was the first one of this kind of magnitude we’ve had in the state in over 100 years.

We’re definitely not used to earthquakes around here—at least not the natural ones.

As I was reading about the earthquake in the news yesterday, the thing I found the most intriguing is the fact that just the day before, the same area had what they call a “foreshock”—or actually a whole series of foreshocks.

“A foreshock is an earthquake that occurs before a larger seismic event (the mainshock) and is related to it in both time and space.”

“Foreshock activity has been detected for about 40% of all moderate to large earthquakes, and about 70% for events of M>7.0. They occur from a matter of minutes to days or even longer before the main shock…”

And something about this whole thing has got me processing and thinking and asking,

“God, what are You saying in all of this? Is there something we can learn or be aware of that You’re revealing?”

Of course, the first thing I obviously thought of is the “shaking” from the earthquake, and how it’s like the “shaking” that is happening in all of our lives, in different ways and in all different levels…

But the thing I’m taking note of more than anything is the fact that there was a “foreshock” that came before this earthquake.

There were “warning” signs—and I think of “birth pains” —that came before this larger mainshock the following day.

“For nation will rise against nation, and kingdom against kingdom. There will be earthquakes in various places; there will be famines. These are but the beginning of the birth pains.” —Mark 13:8

“And Jesus answered them, “See that no one leads you astray. For many will come in my name, saying, ‘I am the Christ,’ and they will lead many astray. And you will hear of wars and rumors of wars. See that you are not alarmed, for this must take place, but the end is not yet. For nation will rise against nation, and kingdom against kingdom, and there will be famines and earthquakes in various places. All these are but the beginning of the birth pains.” —Matthew 24:4-8

I believe the “birth pains” —are actually everything that is going on around us in the world right now… and this sequence of events with this particular and relatively minor earthquake has got me realizing, in a deeper way…

That it really does feel like we are living in the “last hour” of time as we’ve known it, here on this earth.

“But concerning that day and hour no one knows, not even the angels of heaven, nor the Son, but the Father only.”—Matthew 24:36

But we know that “birth pains” are meant to get the attention of the mother—because of the birth pains, she knows that the birth is getting very close, the end is “almost in sight” … and it gives her time to be aware and time to do final preparations, and time to get herself in place before the birth.

Do you know that as a child, and into my adulthood, I had such a tremendous fear of living in these times that we are living in right now?

But He helped me to overcome those extreme fears, and He’s still helping me through the more “unnoticeable” ones… but I’m not living in torment anymore.

In His presence, I am preserved so that I can do what I have been created to do while I’m living here on this earth.

He created me knowing… that I would be living within these kinds of times.

Don’t you think a good Father would prepare His children for living their lives?

Don’t you think a good Father like Him, would have good plans for His children—that we could be a Light in the earth when there is so much darkness?

He created us with a beautiful desire in His heart… that we might live in a way that reflects His heart to a hurting and broken world, that we may draw “these ones” to His heart in a time of “final preparation”…

I pray for those who are “swaying” in this time—they’re on the fence about following You. Call them and draw them to Your heart, Lord Jesus. Let them realize who You are and what You want to do in their lives! Let them realize the hour we are living in…