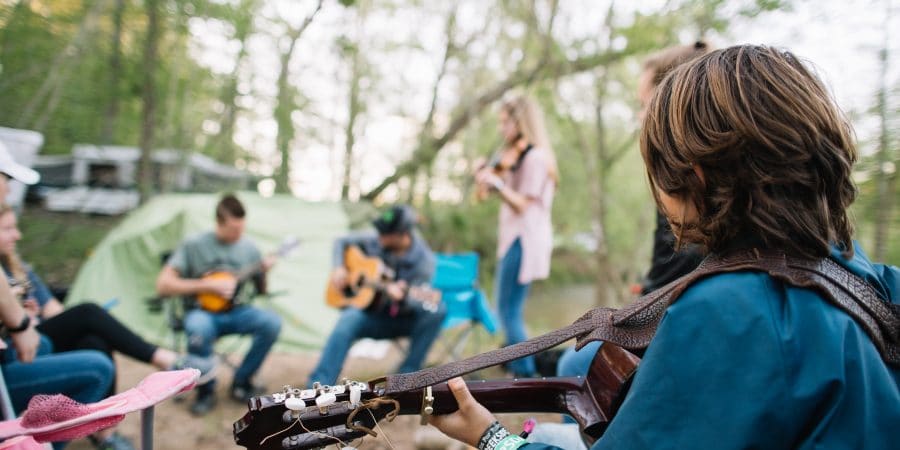 Last night, I came across some old home videos from around 1990…

And in the video we were playing in the backyard—simply running around, making stories, using our imaginations, making songs…

…and we were singing our little hearts out. I mean I don’t think a kid could sing any harder. ?

When I came across this video, at first I was like….

“…Who is this little girl?? Singing her heart out and hamming it up for the camera without a care in the world…completely unhindered.”

“Who is this little girl who is so confident of this song she has in her heart, this song that she fearlessly singings out for the camera, for the whole world (well, at least the whole neighborhood), because it just has to come out of this place in her heart… this little girl who is filled with awe and wonder of Jesus and the mysteries of heaven…a desire to know Him.”

I had forgotten about this little girl.

And I realized as I was watching…. that it’s me.

It’s the “me” that God created me to be.

It’s the “me” that I decided to hide away in the dark for a little while.

I realized that God had put this “song” in my heart,

…and this “song” is still in there.

And though it went silent for many years.

And yes, I pressed the “mute” button….

…But it was always still in there. ?✍? Waiting to come back up and out of my heart…

And do you know what God has been doing over the last 10-11 years of my life?

He’s been restoring and resurfacing the “song in my heart” ?✨

He’s reminding me of who He created me to be.

A “child” who is filled with awe and wonder of Him and a longing to discover more of who He is!

This is what He is doing in my life right now, as He has taken me through a purification process over the last 10 years…all the junk and the wounds that I acquired that became sin that blocked me from seeing the truth, from seeing Him clearly and accurately for so many years…

As He’s cleansing me, as He’s purifying my heart, He’s bringing me back into a place of awe and wonder, and an ability to be able to see Him!

Hit the fast forward button on the video, all those in-between years, from 5 years old to 35….

And He’s answering the prayer of my song, the pondering, the song of wonder that He put in my heart for Him at 5 years old.

And He’s reminding me that He was always there with me.

And He’s been working to restore this “song in my heart” that He’s placed in there since I was very young.

He was right there waiting to do a work in me.

My “unique imperfect little song” is precious to Him.

“He put a new song in my mouth, a song of praise to our God. Many will see and fear, and put their trust in the Lord.”—Psalm 40:3

And God has placed a “song” in your heart.

And He wants to help you realize that it’s in there. ?✨✍?

And He wants you to know that He LOVES your “song.” ?

And He wants you to “sing it out”— confidently, and boldly, and unafraid of what others might think.

Because He’s restoring your “song”— He’s revealing your song, He’s reminding you of your song…for such a time as this. ?☀️

“But the hour is coming, and is now here, when the true worshipers will worship the Father in spirit and truth, for the Father is seeking such people to worship him.”—John 4:23